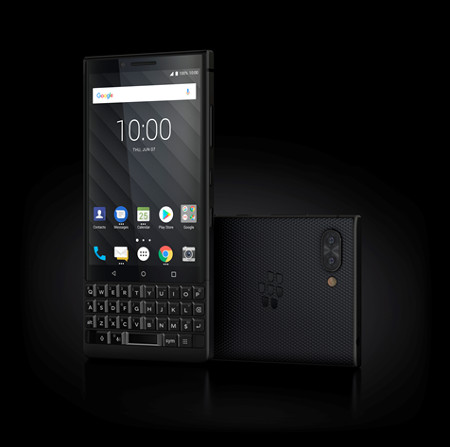 The name BlackBerry will certainly invoke certain emotions in many of us who began to ride on the smartphone wave back when it first kicked off. The BlackBerry was your mobile office, and it could do just about anything and everything, with typing being made easier thanks to its lovely keyboard. However, the company failed to grasp the way forward and faltered, with its legacy living on in the newly released BlackBerry KEY2. Boasting of the iconic BlackBerry physical keyboard as well as arriving pre-loaded with BlackBerry Limited’s best security and privacy enhancements, the BlackBerry KEY2 will be powered by Android 8.1 Oreo and also carries the distinction of being the first BlackBerry smartphone to boast of a dual-rear camera. How else does it differ from the BlackBerry KeyOne?

In addition, the BlackBerry KEY2 will also boast of Speed Key, a universal shortcut key which makes it easy to access your apps, contacts and functions that are most frequently used from anywhere on the device as and when required.

In terms of design, the BlackBerry KEY2 will see the use of premium materials such as an elegant Series 7 aluminum frame for added durability, accompanied by a soft touch back with a new diamond pattern for additional grip and comfort. The intelligent keyboard goes extremely well with its 4.5-inch touch display that is protected further through a 2.5D Corning Gorilla Glass. The key height on this smartphone has been increased by another 20%, resulting in a more comfortable and accurate typing experience. Its new matte key finish and fret design makes the spacing just perfect, while in-keyboard fingerprint with updated mechanics delivers an improved tactile response.

Those who are interested in adding the BlackBerry KEY2 into their collection of smartphones will be able to pick it up already as global shipments have already begun. The recommended retail price for the BlackBerry KEY2 currently stands at $649 a pop, and while it is not on the high end side of things, it still resides on the upper mid-range tier.