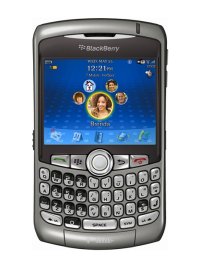 The BlackBerry Curve 8320 is one of the more popular hits in recent memory where BlackBerry phones are concerned, and AT&T has just made available a version that comes with Wi-Fi connectivity – a feature users were griping about in the previous model. With AT&T’s plans, subscribers are now able to enjoy the benefits of unlimited corporate or personal BlackBerry service plans for free and seamless access to thousands of AT&T Wi-Fi Hot Spots in the U.S. More on the BlackBerry Curve 8320 right after the jump.

You can pick up this smartphone in a lovely sapphire blue color, and its Wi-Fi connectivity makes it a snap to hook up with home or campus Wi-Fi networks and to automatically connect to any of the more than 17,000 AT&T Hot Spots nationwide. This means you’re able to continue being productive at social hotspots such as Starbucks, look up book reviews at your local Barnes & Noble store as well as surf the Internet and check your email for free at thousands more restaurants, airports, hotels and other convenient locations across the U.S. This is only available to those who subscribe to unlimited corporate or personal BlackBerry service plans, while others will have to pay a certain fee.

Other features of this smartphone include an enhanced HTML browser for easy and fast browsing, an improved user interface, support for HTML email and easy accessibility to Microsoft Office files thanks to its preloaded DataViz Documents To Go software suite among others. One the hardware front, you will find that the BlackBerry Curve 8320 does not come up short with Bluetooth 2.0 connectivity, a 2 megapixel camera with zoom, flash and video recording, audio and video playback, a large display at 320 x 240 resolution with light sensing technology, a microSDHC memory card slot as well as support for AT&T Music and Navigator services. AT&T is offering this delectable smartphone for $149.99 with a 2-year contract and mail-in rebate from early next year onwards.