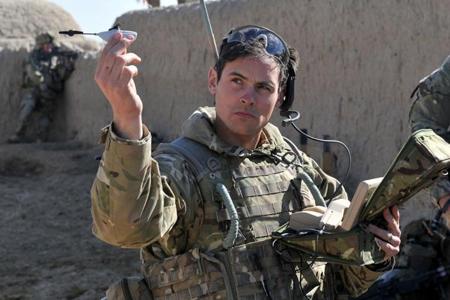 UAVs, or better known as Unmanned Air Vehicles, have become an indispensable part of modern day warfare. Basically, the chances of you wiping out an enemy is far higher if you happen to possess weapons of mass destruction as well as sport the latest that technology can offer. Well, folks in the British Army have a new “toy”, so to speak, to play around with, and that would be the Black Hornet Nano Unmanned Air Vehicle which will measure approximately 4” x 1”, and will offer troops who are on the ground the kind of situational awareness which is all too vital in sensitive missions.

The Black Hornet will come with a small camera that offers troops reliable full-motion video and still images. Instead of using one of those fiber optic cables which can be bent, soldiers can instead use it to peer around corners, or check out what lies on the other side of the wall, as well as over other obstacles in order to identify any hidden dangers as all the images captured by it will be shown off on a handheld terminal.

The Black Hornet Nano Unmanned Air Vehicle will come in the size of a child’s toy, while carrying a revolutionary new system that is easy to tote around whenever you are on patrol, where it can also perform in harsh environments and windy conditions to boot. Tipping the scales for as little as 16 grams a pop, and it has been developed by Prox Dynamics AS of Norway as part of a £20 million contract, where 160 units will be developed alongside Marlborough Communications Ltd in Surrey.

Sergeant Christopher Petherbridge of the Brigade Reconnaissance Force in Afghanistan, said, “Black Hornet is definitely adding value, especially considering the lightweight nature of it. We use it to look for insurgent firing points and check out exposed areas of the ground before crossing, which is a real asset. It is very easy to operate and offers amazing capability to the guys on the ground.”