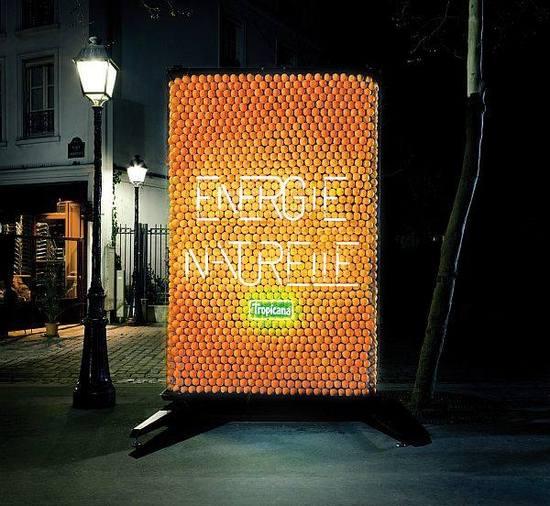 There is a popular science lesson that every high school physics or chemistry teacher must perform. It involves using foods to power a small light bulb, along with some nails and wire.
Citrus fruits, for example, are acidic and their juice helps to conduct electricity. It would appear that if you had enough oranges, you could power something big, like a billboard.
Fortunately, Tropicana has plenty of oranges, and what better promotion for their orange juice than this? Thousands of oranges have been used, and it took 3 months of testing before it worked, which also uses thousands of copper and zinc spikes to make it work.
This is the product of an advertising agency known as DDB, which must be headed by MacGyver or even MacGruber. You have to admit, it is an unconventional way of doing something that is relatively easier with electricity that is on the grid.
I wonder how many oranges it would take to light the lights at the Tropicana casino. I’m guessing that would probably be in the millions, and probably not a very economical system of power. However, it is very eco-friendly as we harness the power of orange juice. I suppose that fruit power will forever remain in high school science labs and not an option for sustainable energy. Too bad.
Source