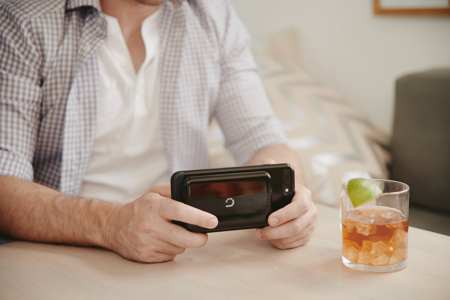 Wireless charging has become a common feature in many mobile devices, smartphones especially. The higher end models tend to feature the ability to get powered up sans pesky cables, adding to the overall cool factor. However, most wireless charging points are static, but Bezalel intends to change all of that with the Prelude, a wireless charger that is the first of its kind. Touted to be the first portable wireless charger in the world that sports a 15W quick charge speed as well as nano-suction technology, the Prelude will be able to attach itself securely to the latest smartphones without missing a beat.

This is a second generation model, where it makes use of nano-suction technology in order to achieve suction power unlike any other before. With the clever use of such technology, it will offer a substantial benefit for active smartphone users who are into gaming, snapping selfies/videos or virtually any other kind of activity that accelerates battery drain. The charger will adhere directly to most of the latest smartphone models without having to tack on an accessory magnet or case. All you need to do is to place the back of your handset on the Prelude’s nano-suction pad, and a secure bond is created for the charging process to begin.

Among the latest smartphones that will benefit from the Prelude’s fast 15W wireless charging speed would be the Samsung Galaxy series and Apple iPhone models. With a large-capacity 5000mAh battery, the Prelude provides powerful charging in a very compact form factor, measuring all of just 17mm thin while tipping the scales at 5 ounces. It will also be able to fit easily into a pocket or purse, without requiring you to sacrifice on your handset’s aesthetics as it remains attached to the back of a phone.

Being fully mobile, the Prelude can be recharged for use anywhere, and even another wireless charger can do the job. A combo pack for the Prelude and Bezalel’s Latitude case for the iPhone would come with an asking price of $50.