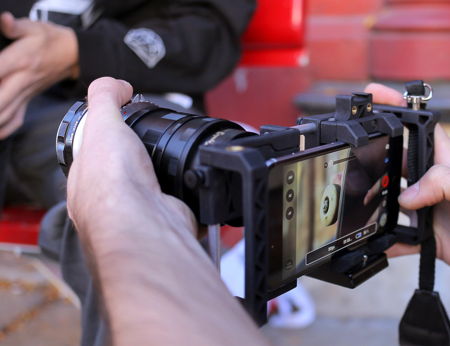 Beastgrip, the one behind an extremely versatile smartphone rig and lens adapter system, is apparently looking forward to an upgrade, and they have yet again turned to Kickstarter in order to make their dream possible. In fact, in a matter of just 24 hours of its launch, the campaign had already arrived at 100% of its funding goal of $50,000, now how about that for an unprecedented level of enthusiasm? First introduced a couple of years ago, smartphone photographers and videographers have relied on Beastgrip in order to deliver exceptional imagery and tell compelling stories. Right now, the existing Kickstarter campaign will raise the necessary funds to produce the Beastgrip Pro.

Make no mistake about it, the Beastgrip Pro happens to be a major upgrade from the original model, where it will see the introduction of a depth-of-field (DOF) adapter, not to mention accompanying extreme wide-angle and fisheye lenses. DOF adapters will be able to empower phoneographers so that they are able to flex their creative muscles without being stifled by limitations in the past. Surely this would be better than other kinds of adapters we have seen before.

Vadym Chalenko, creator of the original Beastgrip, shared, “Smartphones keep getting smarter, with hardware to rival even the most advanced digital cameras and inventive software and apps to optimize photo and video production. Amateur and professional phoneographers are always on the lookout for products that combine easy functionality with high performance. The Beastgrip Pro more than fits that bill.”

The Beastgrip Pro will play nice with all major smartphones, and will cater to those with protruding camera lenses to boot. The rig itself is stronger this time around and more functional as opposed to its predecessor, boasting of five 1/4″-20 threaded mounts, a cold shoe mount and the standard 37 mm threaded lens mount. The rig can also be used with a variety of applications, ranging from a simple tripod mount to a full-featured rig with LED lights and a mic.