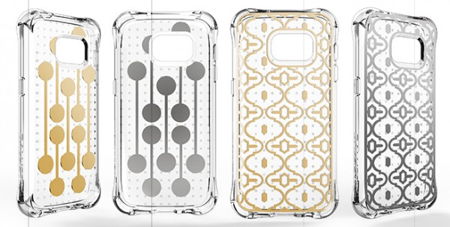 For two premium handsets that have yet to be released (despite being announced already at Mobile World Congress 2016), they are certainly being prepared in terms of accessories, as you would not want a spanking new handset to end up with a scratch at the back of it, as well as protecting the all important front screen from various knocks and shocks. Having said that, just what kind of protective case would the Samsung Galaxy S7 and Samsung Galaxy S7 edge want to be tied down to? Ballistic has an answer – several, in fact, with their range of new cases for the soon-to-arrive flagship devices from Samsung.

There will be two new series, which would be the Jewel Mirage and Urbanite Select. Both of these new series offer Ballistic’s well-known Six-Sided Drop Protection, and will also arrive fully equipped with Ballistic Corners, raised lips and corners and six-feet of drop protection. In other words, users do not have to go through the hassle of sacrificing personal style for all-over protection with Ballistic.

The $29.99 Jewel Mirage will sport a slim, sleek design with a sophisticated twist, where its laser etched metal designs, known as “Retro” and “Kasbah,” will arrive in either gold or silver, and this will not take anything away from the signature Ballistic protection promised with every case.

As for the more expensive $39.99 Urbanite Select, this particular protective case will come in Dark Ash Wood, White Ash Wood or Buffalo Leather, and happens to be Ballistic’s slimmest series to date as it offers an elegant design with a user friendly experience. There is an ultra slim, lightweight, pocketable design that is crafted from premium materials and holds true to Ballistic’s Six-Sided Drop Protection.

Do expect both models to be made available from the beginning of March onward, which would be in tandem with the official availability of the Samsung Galaxy S7 and Galaxy S7 edge.