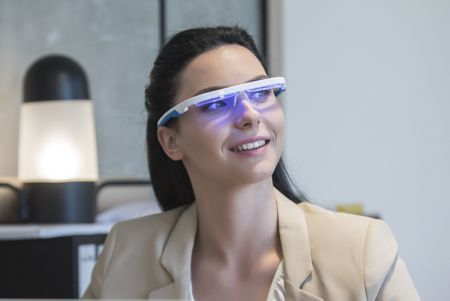 The frenetic holiday season is about to come to an end, and this can only mean one thing: we might be fully drained of our energy to be able to do anything much, apart from resting on our favorite couch and sipping on a hot chocolate with some marshmallows floating inside. Well, here is something that you might want to consider when it comes to obtaining an energy boost: AYO. AYO is a new kind of “light energy” which is able to provide workaholics as well as globetrotters an extra energy boost in order to burn the midnight oil on the eve of a deadline, or upon arrival of a red eye overseas flight, so that one will be ready and raring to go upon touchdown.

How does AYO function? For starters, it will surround your field of vision with soft, safe blue light which provides bursts of bonus energy during gray, sluggish afternoons, and is also more than capable of helping defeat that nasty jet lag feeling after a particularly gruelling and long overseas flight.

This is a prize-winning, wearable blue-light system that hails from hi-tech startup Novalogy which will also be able to help overworked and exhausted workaholics gain a jump in their energy levels, as sleep time is optimized to boot. In fact, AYO is so effective, it took first place in the KLM-Air France search for the “most innovative travel technology product of the year.” This is because AYO relies not on ancient remedies and old folks’ tales, but it uses the latest developments in Chronobiology, which is the study of the human body clock, while ensuring its clinically-tested soft blue light is delivered at right amounts to actively increase energy levels, improve sleep, and minimize the tired, lagging feelings that often accompany jet lag. Far more useful than a jetlag alarm clock, don’t you think so?