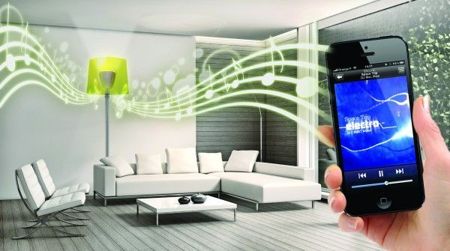 Just about everyone and their aunt owns a smartphone these days, and you know for sure that the vehicles in which you ride in day-to-day, too, are getting smarter. Homes have also been outfitted with their fair share of technology and devices to be smart in their own right, so why not make sure that the insides of your home too, would be able to live up to its technological billing on the outside? Enter the AwoX StriimLight B-10 LED light bulb which will not only bring light to your home, but it also comes with a built-in Bluetooth speaker which makes it a snap to play back digital music wherever it is installed in your home, making it a simple “smart home” upgrade, so to speak.

The AwoX StriimLight B-10 LED light bulb is a long life, energy efficient bulb that is so easy to install, all you need to do would be to screw it into current lamp sockets and hooking it up to Bluetooth-enabled devices including the likes of smartphones, laptops and tablets. After pairing it to the StriimLight, you will be able to make use of your Bluetooth-enabled device to stream music and control your tracks.

The hardware manufacturers have done their bit to throw in an included IR remote control which will be able to turn the light on and off, where it can also be used to adjust the volume of your music to a level that you desire. This quick set up scheme makes it a snap for anyone to integrate sound anywhere there’s a light, all without having to go through the hassle of pulling wires, or requiring one to make changes to the decor. It would be as simple as screwing it in, flicking on the switch, and play the music of your choice. It gives out a warm white color and will be available from January 2014 onward at $99 a pop.