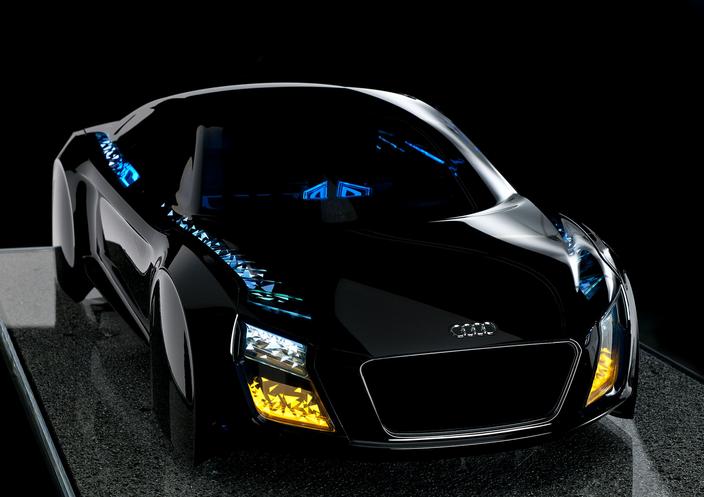 As previously mentioned, automakers unleashed some tech-y concepts at CES. The autonomous/self-driving cars were a hit. Announcements about the future of in-car technology gave hopes of integrating smartphone-like features into our cars. Audi made a splash with their lighting concepts too. If the picture included above makes you curious, please read on.

Audi was the first to use full LED headlights and have since made them more distinctive looking. Drive towards a current Audi model at night and you can’t mistake their headlights with that sort of ‘angel wing’ look. This year they will launch their Matrix LED headlights – which sub-divide each LED beam enabling more lighting or dimming per situation and also incorporate a camera. Imagine the car sensing an oncoming car and automatically dimming the headlights. The Matrix LED lights will make it happen.

With continued advancements in LED technology and even OLEDs you know Audi has some things on the drawing board too. Shown at CES was the concept car above. Not only do the lights look cool but more importantly can provide more safety. Audi is working more and more to enable lights to react to surroundings and be controlled electronically. By enabling lights to react to circumstances theoretically they will be seen further away and through elements the and safety will be increased. See the video below for an example: an OLED-Laser beam tail light. Another OLED technology shown incorporates a thin film of them on the surface which could light up 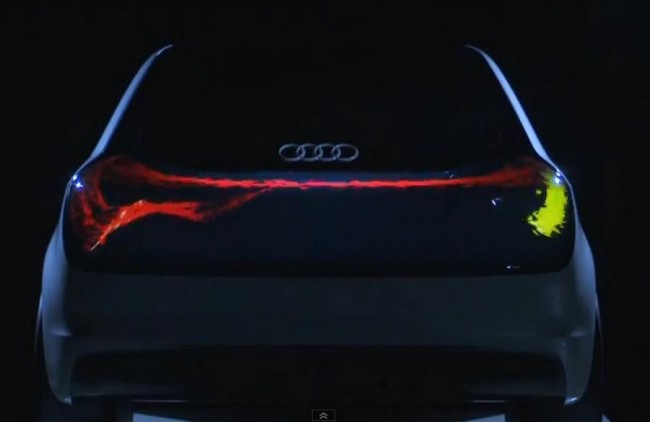 under various circumstances. Maybe as the driver gets near it lights your way to the door. The Swarm (right) will also offer a ‘uni-light’ concept on the rear lights where the lighting sort of swims based on the cars action. Left turn means the Swarm piles to the left for example. Quite a concept for sure.  Face it, right now the lights just look cool, but if safety and practicality come into play they may be onto something. Stay tuned to see where Audi takes their creative automotive lighting.