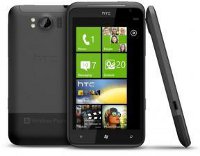 Right now when you mention the word ‘smartphones’, most of us would veer to either the iOS platform or the Android-powered handset – with perhaps some people still backing up RIM’s BlackBerry device. Symbian is more or less the stuff of the ancients and Nokia does not seem to be doing much to bring it back to its former glory, and Microsoft’s Windows Phone 7? That is the dark horse in the race – somehow on paper, it does seem to have all the necessary ingredients to succeed, but in real life, that remains to be seen.
Hopefully it will not end up like the Zune which was a solid portable media player by all means, with great software to boot, but somehow, it simply failed to catch on in the mass market. Well, having said that, owning a Windows Phone at the moment might seem like a good idea, and if you are all stoked up to purchase one of these puppies, perhaps you might want to check out what AT&T has in store for you.

AT&T in fact has plans to introduce a new bunch of Windows Phone handsets that are powered by Windows Phone 7.5 – otherwise known as “Mango” in order to keep its current portfolio as fresh as possible. After all, “fruits” are meant to be eaten fresh, no? A trio of new 4G devices (bear in mind that when it comes to the definition of 4G connectivity, it differs from carrier to carrier – AT&T is still stuck at HSPA+ which is more or less 3G+ whereas Verizon’s LTE network is still the fastest among the lot) will sport the AT&T brand, where a couple of these hail from Samsung while the remaining model is from HTC.
The Samsung Focus S will continue where the highest-selling Windows Phone in the US, the Samsung Focus, left off. It will sport a 4.3″ Super AMOLED Plus display, a 1.4GHz processor, 4G-capable speeds as well as a slim profile that nearly rivals the Android-powered Samsung Galaxy S2 at 8.55mm. On the front lies a 1.3-megapixel camera, while the rear has an 8-megapixel camera.
As for the Samsung Focus Flash, this handset will target the value market with its 3.7″ Super AMOLED display, a 1.4GHz processor, a 5-megapixel shooter at the back as well as a front facing camera for video calls and conferences.
HTC’s interpretation of Windows Phone 7.5 would be expressed in the form of the HTC Titan, which at point of publishing, would hold the distinction of having the largest screen in AT&T’s smartphone portfolio at 4.7″. You will be able to watch video from AT&T U-Verse Mobile or play Xbox LIVE games, where the 1.5GHz processor ought to keep things running without a hitch, while an 8-megapixel camera with dual LED flash ought to capture superb images.
Expect these to arrive this fall, so you’d best start to save up for one now!
Press Release