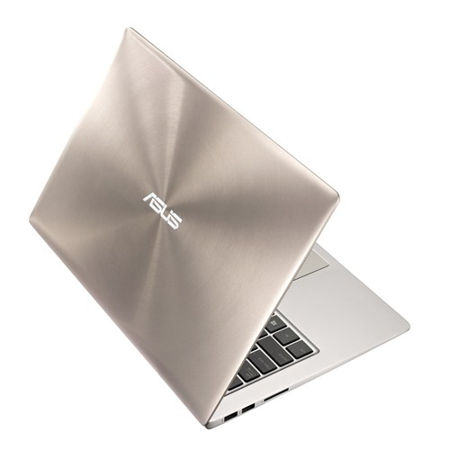 The Asus Zenbook UX31 did pick up a gong for being the “Computer of the Year” at the T3 Awards (2012 Edition), going to show just how Asus has the pedigree as well as experience to roll out some nifty looking Ultrabooks earlier on. However, does the Taiwanese company still have what it takes today to be able to deliver as promised? Perhaps, as we take a look at the newly released range of Zenbook UX303 Ultrabooks which will be priced from $900 onward, depending on the particular model of your choice.

The latest addition to the Zenbook Ultrabook family will merge both power and class into a single, premium design. This new Zenbook range will see the inclusion of both the UX303LA and UX303LN models, where the two of them will feature an Intel Core i7 processor that will run within an ultra-sleek smoky brown chassis. Just how thin is this particular chassis? Perhaps you might want to try an answer at it being just 0.7” in thickness.

The Zenbook UX303LN Ultrabook will complement the speedy processor that it comes with alongside a NVIDIA GeForce GT 840M graphics processor to deliver silky smooth performance even when you are about to indulge in some gaming while you’re on the move. Not only that, the UX303LN Zenbook will also feature a Quad HD+ IPS touchscreen display that has a resolution count of 3,200 x 1,800 pixels, making it 5 times higher compared to that of a standard HD display so that your eyes will be treated to stunning lifelike visuals alongside a wide 170 degree viewing angle.

As for your ears, you can expect them to enjoy Asus’ exclusive SonicMaster audio, that will incorporate ICEpower, which is Bang & Olufsen technology. Forget about worries concerning your data being corrupted because the hard drive within has failed, as the UX303 will boast of an all-flash solid-state disk storage, delivering a 360 degree ultra-fast computing experience alongside a battery life that touts up to 7 hours of work on a single charge.