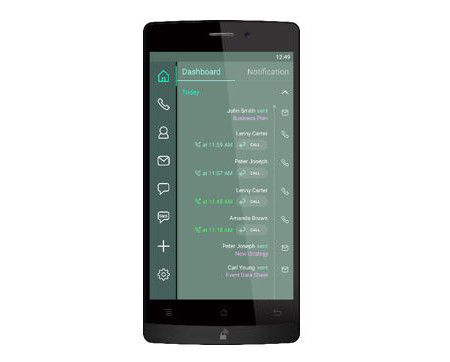 It goes without saying that the smartphone or mobile phone that you have with you follows you around loyally – far more than that of a pooch in the older days. After all, your smartphone happens to be your portable media player for those moments where you find a waste of time when commuting to and fro work, or perhaps as your e-book reader as you have some time to spare while you’re on the move. Heck, many of us also use it as our primary cameras in our lives, while others also ensure that the smartphone helps us to get around – especially from one point to another in an unfamiliar area. Hence, as more and more of our personal information ends up in mobile phones, it is time to ensure that they remain secure as much as possible, which is why Archos has just announced SIKUR’s GranitePhone availability, where it caters to the need for voice and data protection.

A secure smartphone like this is not the newest idea in the market, however, as there has been Silent Circle’s Blackphone 2 which was launched at the end of last month. Having said that, the GranitePhone which was first unveiled at MWC earlier this year, has gained its fair share of attention from government, defense agencies, private companies and individual users who are concerned by their privacy.

As for the kind of hardware that the GranitePhone packs, it will boast of a 5” Full HD display, Granite OS, 4G connectivity and a 16MP shooter at the back, making it more than a decent smartphone to tote around, except that the only reason you chose this over the Samsung Galaxy S6 Edge+ was the fact that it possesses an unrivalled focus on security, which does away with loopholes that might open the door for data theft and spying. Not only that, the device’s data storage will also remain in an encrypted manner within the cloud, allowing GranitePhone’s users to safely access their data from anywhere, via SIKUR applications. Any takers?