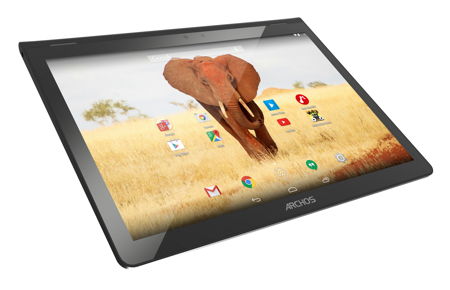 Mobile World Congress this year has seen its fair share of new releases, and smartphones are not the only ones to experience spanking new models. The world of tablets has also evolved, where a rather significant leap was made thanks to Archos. In fact, Archos is the one behind the first 256GB Android-powered tablet in the world, now how about that when it comes to progress?

The invention known as “Fusion Storage” by Archos fuels this particular achievement, where Fusion Storage happens to be a revolutionary software which will seamlessly merge the memory of any microSD card alongside that of the internal storage on a device. The very first devices in the market that will take full advantage of Fusion Storage would be none other than Archos’ range of Magnus tablets that are capable of delivering a total capacity of 256GB – which should be more than enough to ensure that you have adequate amount of entertainment material to keep you occupied as you make the long flight across the Atlantic – and back, of course.

How does the Archos Fusion Storage work? Well, it will optimize data storage through the fusing of internal memory alongside that of an external microSD memory card. The moment it is activated, Archos Fusion Storage will migrate data from the microSD card automatically, as it optimizes memory balance, which results in an increase in terms of install space for apps and games, not to mention giving you more opportunity to store both media and large files.

The new Archos 94 Magnus as well as the Archos 101 Magnus Plus will come with 256GB and 128GB of internal memory, respectively, where either model would be able to enthrall users with amazing High Definition graphics and outstanding app and media experience without having to worry about running out of space for your data – be they music, games or photos.

The Archos 101 Magnus Plus 128GB will arrive this April for $349 a pop, while the Archos 94 Magnus 256GB too, will be made available in the same month, albeit exclusively on the archos.com online store for the same price.