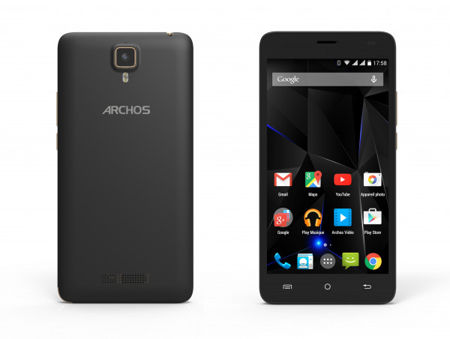 Archos seems to deliver its fair share smartphones recently, taking on the name of elements as part of the range moniker like the Archos Helium. While Archos handsets will never be as popular as what Samsung or Apple has on sale in the near future, this does not mean that there is no market at all for them. In fact, they must be doing all right if they were to roll out new models – and the latest one is the Archos 50d Oxygen. The Archos 50d Oxygen is an ultra-slim and lightweight smartphone, where it boasts of a sleek minimalistic design, visually stunning High Definition display and lightning-fast processor that ought to be able to handle multiple applications simultaneously.

Other hardware specifications of the Archos 50d Oxygen include 2GB of RAM and a 1.3 GHz octo-core processor that should be able to get the job done for most executives, as well as stream movies and download content without experiencing any kind of lag as long as you take advantage of the integrated 4G/LE technology. In order to complement its performance, Archos’s latest smartphone boasts of a striking 5” IPS screen that delivers crisp images in full HD.

The ARCHOS 50d Oxygen will also be Bluetooth Smart compatible, which would then enable it to pair with devices such as fitness trackers, home automation and gadgets at the same time being more energy efficient in nature. Not only that, it also has the ability to shoot stunning photos thanks to its powerful 13MP and 5MP cameras, and if you would like to separate your business and private lives but tote a single smartphone, then the Dual-SIM support enables simultaneous use of two phone lines. A microSD memory card slot is there for expansion purposes, as the device runs on Android 5.1 Lollipop as the mobile operating system of choice. Expect the Archos 50d Oxygen to be available later this May for $149.99 a pop.