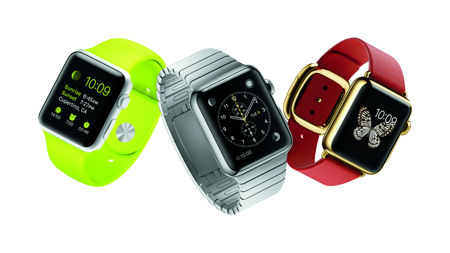 The world of smartwatches have certainly grown by leaps and bounds in recent times, and Apple too, did manage to state their intent in this particular department through the unveiling of the new Apple Watch. Sure, Samsung of South Korea has its fair share of wearable technology, smartwatches especially in the vein of the Samsung Galaxy Gear, and it does not look as though they are going to quake in their boots anytime soon with the Apple Watch. In fact, the initial reaction has been rather underwhelming, not to mention Tim Cook not saying anything about the Apple Watch’s battery life which has led to speculation that the battery might not even last through the whole day. Still, let us see what there is in store for the Apple Watch underneath the hood, shall we?

The Apple Watch has been dubbed to be Apple’s “most personal device ever” (and we do not doubt that), where it features revolutionary new technologies as well as a pioneering user interface, all delivered in a design which will pay homage to the rich tradition of precision watchmaking. Apple Watch would usher in a specially designed and engineered Digital Crown which will offer an innovative method to scroll, zoom and navigate. The Digital Crown happens to be an interesting navigation tool that is reminiscent of the leaps made by the iPod Click Wheel and iPhone Multi-Touch, where user interaction is concerned.

With the Apple Watch, you will be able to communicate in new ways right from your wrist by sending and receiving messages, being able to answer calls to your iPhone, and with Digital Touch, send something as personal as your own heartbeat to another person. Not only that, it also includes comprehensive health and fitness apps which would encourage the wearer to lead a healthier lifestyle. One can choose from three distinct collections, namely Apple Watch, Apple Watch Sport and Apple Watch Edition. Expect the Apple Watch to arrive in early 2015 from $349 onward.