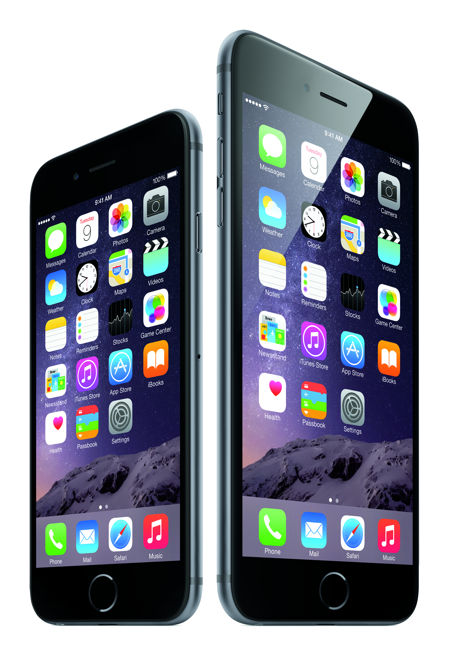 The inevitable has happened after many months of speculation and rumor mongering – the long awaited iPhone 6 as well as its larger sized iPhone 6 Plus has been announced by Apple. Needless to say, both of these smartphones have been touted by Apple to be the “biggest advancements in iPhone history”, where these two new models will sport a 4.7” and 5.5” Retina HD display each, not to mention being crammed to the hilt with a slew of innovative technologies without compromising on Apple’s tradition of delivering great looking design.

In fact, these new iPhones will feature a precision unibody enclosure that is made out of anodized aluminum which will conform seamlessly with the shaped glass of the display. The end result? You get a completely smooth and continuous surface, and not only that, both the iPhone 6 and iPhone 6 Plus were specially engineered to be the thinnest iPhones to date, and yet they do arrive with a larger display than ever before, without making it any more difficult to hold in the palm of a single hand.

Some of the technologies which can be found under the hood of the new iPhone 6 and iPhone 6 Plus include the Apple-designed A8 chip with second generation 64-bit desktop-class architecture that ought to deliver blazing fast performance and power efficiency; advanced iSight and FaceTime HD cameras; speedy wireless technologies; and Apple Pay, which is an innovation that makes life a whole lot easier when it comes to securing your payments using a single touch of a finger.

Regardless of which particular model you decide to pick up, they will run on iOS 8, which is the most recent version of the “world’s most advanced” mobile operating system. Do expect to see a simpler, faster and more intuitive user experience alongside new Messages and Photos features, a QuickType keyboard, a new Health app, Family Sharing and iCloud Drive.