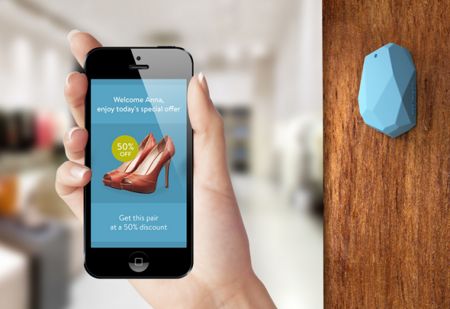 Is there nothing that Apple cannot do without placing the letter “i” in front of the noun? I guess the answer would be no, and here we are with Apple’s latest attempt which would be known as the iBeacon. The iBeacon is meant to guide shoppers who want to pick up an Apple product, where Cupertino hopes to be able to guide you around an Apple Store whenever you have stepped foot inside. It does not matter whether you are meant to pick up an order, or if you would like to perform an upgrade to a brand new iPhone, or perhaps are in the market for the latest pair of headphones, the iBeacon is here to assist you.

Of course, one could say that the ripple of the iBeacon would end up beyond Apple Stores. Who knows? Perhaps one day down the road, commuters could end up receiving information on subway delays whenever they stand on a platform, while museum visitors will be able to pick up details on the painting that they happen to be looking at. As for other retailers, they might be able to deliver deals or keep track of just which aisles do shoppers linger around the longest. There is also the possibility of in-store location technology that others might harp on privacy concerns, but chances are just a small segment of shoppers would feel that way, since many more are willing to be tracked assuming there is something in it for them.

Apple kicked off the use of such technology at its 254 U.S. stores on Friday, where iBeacon will be able to send you messages concerning products, events and other information, depending on which part of the Apple Store that you are in. Of course, you would first need to install the Apple Store app, before allowing it to send notices based on your location. Apart from that, there is also th eneed to turn on Bluetooth connectivity while ensuring that your device runs on iOS 7. With the iBeacon feature, you will be notified if the computer you ordered is ready for pickup, among others.