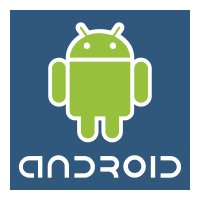 The T-Mobile G1 came and went with a fair bit of fanfare, although it didn’t really capture the imagination of many people around the globe compared to Apple’s iPhone. Still, that does not mean the G1 is a failure by a long shot, it has done pretty decent in terms of sales and subscribers, and with more and more developers jumping aboard the Android bandwagon, things can only look better from here. While the G1 handset is barely a year old, rumors abound of a new T-Mobile G2, where some of the more shocking (but pleasant) “news” include the G2’s release date of January 26th next year, although certain corrections point toward a late February or April release. Still, that’s a pretty well kept secret in this day and age, and we can only wait with bated breath to see how the G2 rumor develops – will it end up as an actual phone, or will it be vaporware by the time May 2009 rolls around?

Apparently, the reported specifications for the G2 are somewhat similar to the G1 with several notable exceptions – the G2 will lose the G1’s QWERTY keyboard and rely on a full touchscreen keyboard instead. Could this be a move that was specially engineered to go up against the iPhone? While the G2 will be more touchscreen centered, there is still room for the trackball, giving those who have gotten used to it a familiar option where navigation is concerned. In addition to a 5 megapixel digital camera (an improvement over the 3.2 megapixel shooter in the G1), you will get a VGA camera in front for video calls. We can only assume that the G2 will be made available to other carriers apart from T-Mobile, despite the fact that T-Mobile owns the G1, G2 and G3 names. It would be interesting to see how other carriers name the handset if it arrives on their platform. We doubt AT&T will be interested though.