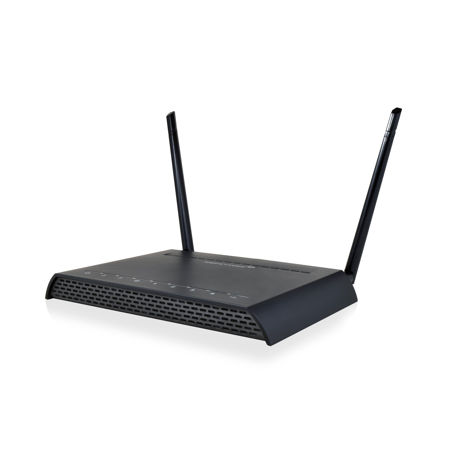 Amped Wireless happens to be a company that has had its fair share of devices in the past that intends to blanket a large area with Wi-Fi connectivity – and this time around, they intend to do the very same thing again with the RTA1200 router. The RTA1200 happens to be able to deliver industry leading Wi-Fi coverage that works alongside 802.11ac Wi-Fi speeds, allowing it to deliver up to three times the coverage of the other routers out there in the market.

First of all, a little bit of background information on the RTA1200 router – it is a more affordable and high power alternative compared to other offerings from Amped Wireless’ stable, including the RTA1750 High Power AC1750 Wi-Fi Router. The RTA1200 will pack up to 800mW of Wi-Fi output power thanks to eight total amplifiers (a couple of those being 2.4GHz, while another two at 5GHz, with four low noise amplifiers) in addition to two high gain antennas. Not only that, there will be improved bandwidth and processing power, allowing it to be more than ready to handle high-level Wi-Fi activity across multiple devices simultaneously. The improved power of the RTA1200 is capable of letting it deliver unmatched Wi-Fi coverage, paving the way for mobile devices to roam about freely without going through the dreaded Wi-Fi dead spots.

In addition, the RTA1200 router would also boast of a USB port that would cater for file sharing and a quartet of gigabit wired ports to have it attach to additional wired devices such as smart TVs and gaming consoles at extremely fast speeds. There will be the typical Amped Wireless suite of premium software thrown into the mix, boasting of such features like guest networks, adjustable Wi-Fi coverage controls, parental security and support for IPv6 Internet connections.

The asking price for the RTA1200 router stands at $159.99 a pop, where it will ship to customers in January 2015 – which means you will miss out on the Christmas window.