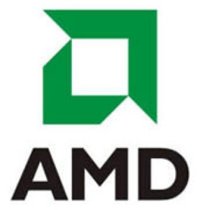 AMD will be referring to graphic chip technology in its latest efforts to boost the power of its most advanced high-end processor, also known as the FireStream 9170 Stream Processor. This hybrid chip will utilize the same theory behind graphics processing units, tapping into “massive parallel processing power” and leveraging it in order to cater to the demanding high-performance computing (HPC) market. While regular home users won’t be missing anything should they forgo this monster of a processor in their home computers, companies that regularly perform complex computations (i.e. scientific and oil and gas industries) will definitely find the FireStream 9170 processor to be a boon.

According to Rik Bergman, senior vice president and general manager of graphics products at AMD, “With a broad range of customer engagements underway, notably customers in the oil and gas, financial and engineering analysis industries, AMD is delivering on its vision of accelerated computing with breakthrough benefits for our enterprise customers. Leveraging the immense graphics processing capabilities acquired from ATI and the HPC domain expertise of AMD, we are developing strong relationships with system vendors and the supporting technology ecosystem to deliver processing innovation through an open platforms approach’.

So far, this is but a paper launch as there is no physical product to play around with yet although AMD has already released a software development kit to various businesses who want to take full advantage of the FireStream 9170 when it is released sometime in Q1 2008. Assuming no one else comes up with something similar by then, the FireStream 9170 will be the first stream GPU with double-precision floating point technology in the world. AMD has cited that a single card solution with 2GB of memory will be able to deliver a whopping 500 gigaflops of computing power. In theory, that is – no one can tell what real life performance would be like.