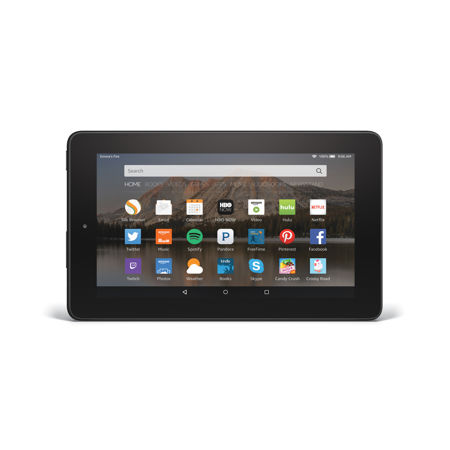 The tablet industry has gotten rather crowded lately, although it must be said that the iOS and Android platforms have dominated the landscape for quite some time already. Well, it looks like Amazon has not thrown in the towel where tablets are concerned, what with past models like the Kindle Fire HD, and this time around Amazon intends to keep your wallet happy with an asking price of just $50 attached to the new Fire tablet, now how about that? Of course, Amazon has ensured that this will not be some sort of sloppy piece of hardware, but rather, it will have the kind of innards that are respectable enough to be productive on the move.

Running on Fire OS 5 “Bellini”, it boasts of an updated user interface, adding hundreds of new features and platform enhancements, all the while providing instant access to Amazon’s vast content ecosystem of more than 38 million movies, TV shows, songs, books, apps, and games. I guess you will not end up bored with the amount of choice presented. In addition, the new Fire tablet will include Amazon Underground with unlimited access to more than $10,000 in paid apps, games, and even in-app purchases which happen to be actually free.

For $50 a pop, what do you get? For starters, there is a 7” IPS display which delivers a great viewing experience with vivid and accurate color reproduction that can be seen at all angles. Not only that, a quad-core 1.3GHz processor runs proceedings from underneath the hood with double the processing power compared to the Samsung Galaxy Tab 3 Lite, being close to twice more durable than the latest generation iPad Air (no idea on how Amazon “measured” that), front- and rear-facing cameras, up to another 128GB of storage space thanks to the microSD memory card slot, and an all-day battery life that delivers up to 7 hours of activity before requiring a recharge. Any takers for the new Amazon Fire tablet?