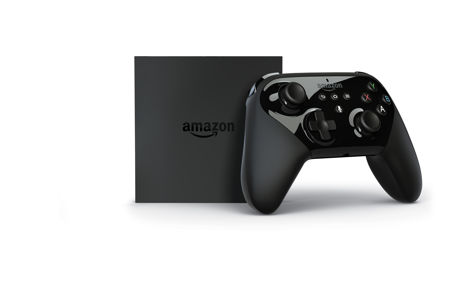 It is nice to see that the new Amazon Fire TV Game Controller will boast of an all-new ergonomic design, a headphone jack, and voice search, where you will be able to take advantage of it as part of the Gaming Edition, or opt to take it as an accessory for Fire TV which can be added on later. Just how much better is the new Fire TV compared to its predecessor? Well, Amazon claims that it boasts of 75% additional processing power, double the GPU performance, in addition to a microSD memory card slot for expansion purposes of up to 128GB, delivering incredible value and powerful performance for gamers.

In addition, the Amazon Fire TV will come with more games than any other streaming media player in the market, where some of the new and popular games will include Minecraft Story Mode, Pac Man 256, Disney’s Ducktales, and Shovel Knight.

As for the Amazon Fire TV Game Controller, it will run on a set of AA batteries, offering up to 90 hours of performance before a replacement is required – assuming you do not hook up a pair of headphones to it, of course, as doing so would result in a lower battery life but a more intimate gaming experience. Any takers for the new Amazon Fire TV Gaming Edition?