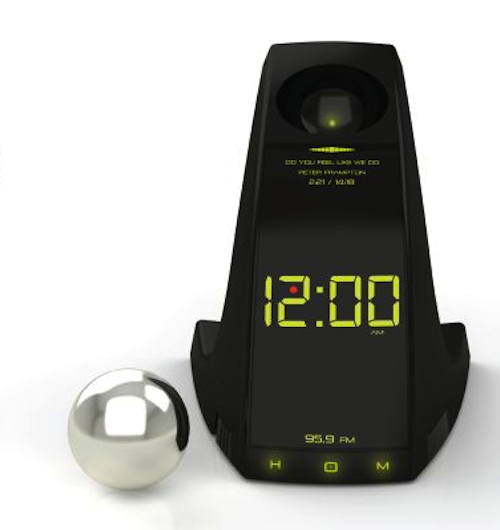 We have reported on many cool alarm clocks here, and many of them involve making the user do some activity in order for them to get up in the morning.

For example, the Flying Alarm Clock, which has a propeller device on it that you are going to have to catch and place back on the clock itself, should you want any Snooze time.

This one is merely a concept, at least for now. I don’t believe it has a name just yet, but for the sake of comparison, let us call it the rolling alarm clock. After all, the concept is similar to the Flying Alarm Clock, but instead of a propeller flying toy, it starts a ball rolling.

This ball, which I assume has a light weight, is flung into the user’s face in the morning, and then rolls all over the place. If you want the alarm to stop going off, then you’re going to have to find that elusive rolling ball and put it in its place.

Okay, this is the time to ask why we need alarm clocks like this. Are we really so wanting sleep so bad that we need things like this to get us up? I guess so.