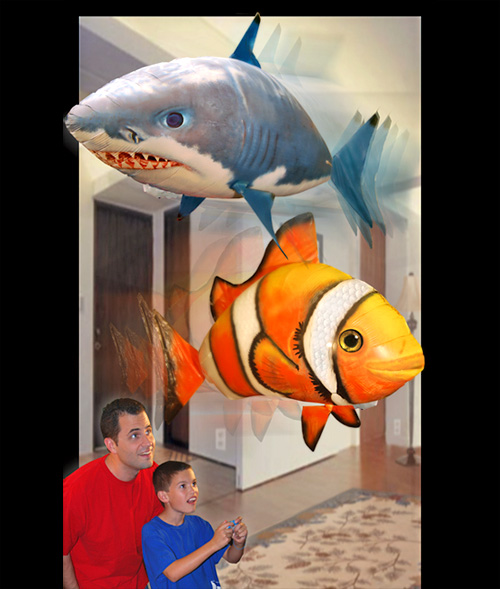 I know that we live in an age where we can buy a cheap-o remote control helicopter for under $50 when it would have cost hundreds a decade ago, but that is really the result of cheaper workmanship.
I hope there isn’t cheap workmanship in this remote control blimp, because I like the idea of a remote control blimp. I also love the idea of making it in the form of a fish.
You can check out the video of it after the jump, and there is a clownfish and a shark moving around. I suppose this is case Pixar goes under and the sequel to Finding Nemo has to be live-action.
Just kidding on that last part. I do have to admit that I admire the way these fish blimps move. It probably would have been easy to create propellers on this to make it move it in the air. I’m sure it was probably harder to make the tail move on this guy so the fish can “swim” in the air.
Right now, these Air Swimmers are only available in shark and clownfish, but I would like to see them in all types. Then I would love to see a school of them swimming through the air. They will be available in July for about $39.99.