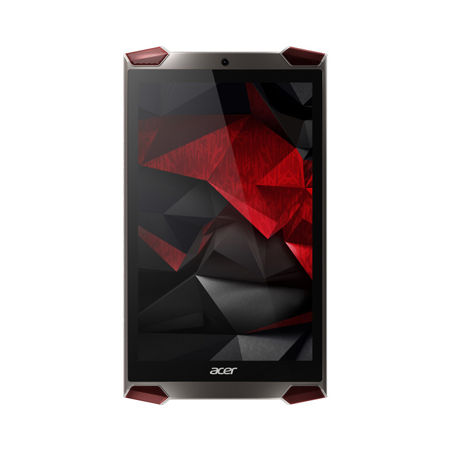 When it comes to tablets, most of the time we would think of tablets as being productive add-on devices to our notebook or desktop. As for gaming, sure, you will be able to enjoy a little bit of Angry Birds here and there, as well as some of the more engaging RPGs that are there, but to see a tablet as a serious gaming device? You’re kidding me, right? Acer wants to introduce a paradigm shift with what they deem to be the first dedicated gaming tablet in the world, the Acer Predator 8.

The Acer Predator 8 is no pushover when it comes to processing muscle, but rather, you can more or less call it a beast instead. After all, game play will come to life thanks to the Predator Quadio, which happens to be a combination of a quartet of front-facing speakers and virtual surround sound, whereas tactile feedback will be delivered through Predator TacSense. I suppose this goes to show just how important having great audio to accompany fantastic visuals are.

As for your eyeballs, they will not be left out, but rather, treated to exceptionally realistic visuals thanks to the 8” Full HD display (1920 x 1200) that boasts of Predator ColorBlast technology. As for processing muscle, you can rely on the Intel Atom x7 processor that runs underneath the hood, while Android 5.1 Lollipop remains as the mobile operating system of choice, accompanied by 2×2 MIMO wireless technology that paves the way for blazing-fast Internet connections. I would say that this is a whole lot beefier in terms of gaming as opposed to the Chromebook R 11.

The Acer Predator 8 measures a mere 8.7mm thin, and it tips the scales at 350 grams, arriving in a sleek brushed aluminum chassis with red stainless steel mesh for that menacing look. You can easily hold it with either one or two hands, and the soft texturized panels on the back make it comfortable to hold and carry. Apart from having up to 64GB of internal memory, you can further enhance that with a microSD memory card for up to another 128GB. Expect the Acer Predator 8 GT-810 to be out this November for $299.99.