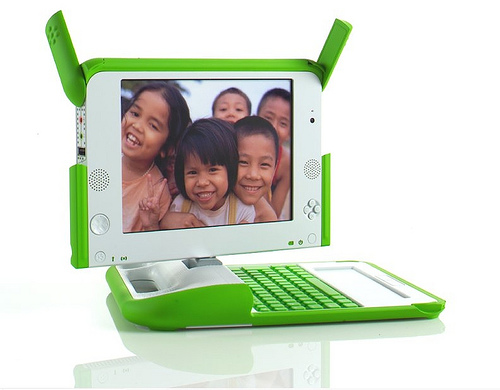 You read right. First came the $100 One Laptop Per Child windup laptop project, now researchers in India believe they can make one even cheaper, try $10!

This is according to a proposal winding it’s way through the Indian government which believes a laptop computer can be made now for as low as $10.

That means that ten times as many computers could conceivably be made available to poor and underprivileged communities in India and other third world nations than the UN approved OLPC Negroponte models.

Providing support for the project, is Semiconductor Complex, a state-sponsored designer and manufacturer of integrated circuits who stand to win any potential contract for the hardware needed to build it.

Officials are considering two different design proposals from an engineering student from the Vellore Institute of Technology and a researcher from the Indian Institute of Science.

Both sides believe that a laptop comparable to the OLPC can now be made for half the cost of the windup model, but have high hopes that with advances in manufacturing and distribution techniques, that ultimately the price can be slashed to the goal of $10.

Much like the OLPC, chances are, it would run on open source software like Linux, otherwise, with Windows running it, the cost would skyrocket to well over three times that of the UN Model.