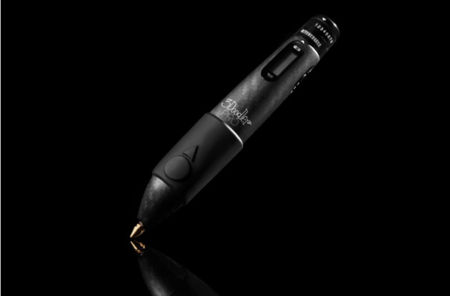 3D printing is one particular area in the consumer electronics market that does take some more time to mature and to be saturated, but this does not mean that it is in a precarious position at the moment. Far from it, really. After all, we have seen our fair share of 3D printers and 3D printing pens in the past, with 3Doodler being one of the companies that have rolled out their offerings. This time around, the folks over at 3Doodler have come up with the 3Doodler PRO, touted to be the first professional 3D printing pen in the market that will be a game-changer — or will it?

After all, 3Doodler holds the distinction of being the maker of the original 3D printing pen, and this time around with the 3Doodler PRO, it has been touted to be the industry’s most advanced, professional-grade 3D printing pen. This is one sleek tool that has been specially designed to target creative professionals in the vein of architects, engineers and artists, making it ideal for prototyping designs, concept development, and communicating their creative vision through a unique 3D form.

Being different from the other pens that are on the market, the new 3Doodler PRO plastics will include the likes of wood, copper, bronze, nylon, and polycarbonate. All of these will complement the 65+ compatible varieties of plastic from the 3Doodler Create range. Not only that, the 3Doodler PRO claims to be the only 3D printing pen at the moment that allows one to use these new materials to their full potential.

Some new features in the 3Doodler PRO are tactile adjustable dials for temperature and speed, an adjustable fan for user control when it comes to cooling of the plastics, and an LCD display that depicts the pen’s settings. It will arrive encased in a lightweight carbon fiber shell to make it light and yet solid at the same time. Expect the 3Doodler PRO to retail for $249 a pop.