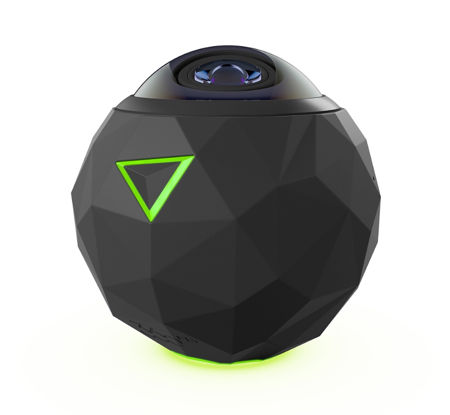 When it comes to camera technology, Full HD resolution recordings simply won’t cut the mustard anymore in this day and age. In fact, 4k video recording capability seems to be gaining the upper hand, and with that in mind, we are led to what 360fly as a company has on offer – a 4k camera with a difference. Why do we say so? For starters, this is no ordinary 4k camera, as it is a single-lens camera that captures stitchless 360-degree video with interactive and mobile virtual reality viewing capabilities.

Hence, with much fanfare surrounding the spanking new 360fly 4K camera, this particular product will roll hot off the manufacturing lines of its factory, arriving at retail locations and will continue to roll out through the month of June. Originally shown off at the Consumer Electronics Show in Las Vegas earlier this year, the 360fly 4K camera will sport a higher resolution compared to its predecessor, boasts of intuitive filming and editing advancements, as well as live mobile streaming capabilities via the LIVIT mobile app.

The 360fly 4K camera will boast of a powerful new image sensor that nearly quadruples the resolution of the original 360fly HD camera, resulting in 2880×2880-pixel, 360-degree 4K video. Not only that, the 360fly 4K camera will come with upgraded and advanced features such as LIVIT Live Streaming, a front-facing cam, a Time-Lapse Video Mode, telemetry support, 64GB of internal memory, and OnePush Button Color-Coding.

The asking price stands at $499 apop, and one ought to take note that the 360fly 4K camera will be made available online at 360fly.com and in-store at U.S. retailers, where among them include the likes of Best Buy, Target, REI, Dick’s Sporting Goods, Walmart and other specialty retailers. It is also nice to know that the 360fly 4K camera will not be limited to a US-only launch, as it is also set to be launched across internationally in regions in the vein of Europe, Australia, New Zealand, Mexico, Latin America, Canada, South Africa and China.